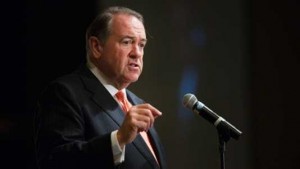 Controversy is swirling over an audio clip of Republican presidential candidate Ted Cruz that is used in an ad by the Mike Huckabee Super PAC. Some however are saying that the audio was edited and was presented in a way that is misleading.

The audio features someone asking Cruz if he would say it is one of his top three priorities to fight gay marriage.

Cruz responses with a no and the narrator then breaks in to say, remember that the next time Cruz says to you that he shares your values, that there exist two Teds.

What the ad eliminates is the rest of the response from Cruz, which gives a broader explanation of what his priorities are, foremost he said was defending the Constitution.

Huckabee argued on Sunday that in not singling out same sex marriage, the Texas senator is showing a second face that he has hidden from Iowa’s conservative voters.

Huckabee added that he believed voters were looking for those who are consistent which means you will say the same things no matter where you happen to be geographically.

The former governor of Arkansas is battling to win more popularity and would not deny comments made that he would drop out of the GOP race if he is not a top three finisher in the caucuses in Iowa.

On the other hand, Cruz has put together quite an impressive campaign structure across Iowa. One political advisor said that the Cruz campaign might be the most sophisticated that Iowa has witnessed.

Due to the grass roots type of setup, Cruz looks to keep his recent surge in the polls with a win in Iowa in just over five weeks, say many observers.

Cruz was the first candidate from the Republican Party to enter the race for the presidential nomination back on March 23.

Over nine months later, the Texas Senator has finally overtaken Donald Trump the GOP front runner in a number of polls published recently in Iowa, including by 10 percentage points in one prestigious poll.