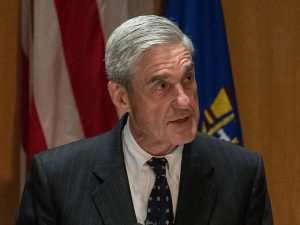 On Thursday, President Donald Trump said there had been no collusion between his political campaign and Russia and added a caveat that he only could speak for himself, while denying ever asking James Comey the former FBI Director to stop the agency’s investigation of Michael Flynn, Trump’s former national security adviser.

Trump made his comments following the decision by Rod Rosenstein the Deputy Attorney General to appoint a new special counsel to head the investigation into any coordination that took place between associates of Trump and officials from Russia.

Trump said he respected the decision to appoint the special counsel but called it a witch hunt and that no collusion had taken places between himself and his campaign but he could only speak for himself and the Russians.

Asked if he had urged Comey to end the investigation of Flynn, as the ex-FBI director said he had done, Trump answered no, before he ordered members of the media to go onto the next question.

In addition, on Thursday afternoon, Rosenstein visited Capitol Hill indicating to a full Senate that the initial account of the White House of the firing of Comey had not been accurate because he told the Senate he knew Comey would be fired prior to writing the controversial memo the White House used initially to justify his dismissal.

Rosenstein would not reveal more details related to Comey’s firing, deciding to have a special counsel appointed or the continuing Russia investigation in an unusual closed briefing of 90 minutes with the majority of the 100 U.S. senators present.

Rosenstein did emphasize however, to senators present the independent authority the special counsel has in the investigation related to Russian officials.

The new special counsel is Robert Mueller III a former federal prosecutor and FBI Director. He will have both broad as well as wide ranging authority to move toward the facts regardless of where they go, said a member of the Senate who attended the meeting with Rosenstein.

Although that meeting was inside a secure room that allows for classified information to be discussed, nothing that was shared by Rosenstein with members of the senate was remotely close to being classified, said one senator attending.

Due to the wide scope Mueller will have in the probe, Rosenstein referred many of the questions from senators to Mueller, which frustrated many who were interested in learning more.