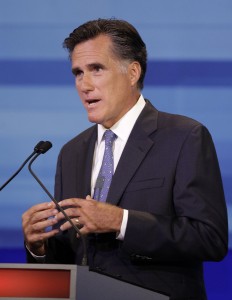 Mitt Romney has blamed President Barack Obama as well as Hillary Clinton the former Secretary of State for the current problems in Ukraine. Romney also blames the two for other debacles in foreign policy citing failure in leadership on their part.

The former presidential nominee from the Republican Party wrote in a Wall Street Journal op-ed that there was a lack of good options for the U.S. from Egypt to Syria, Afghanistan to Iraq and North Korea to Crimea due to Obama’s negligence, leaving the U.S. only to wring its hands.

Romney said there was a time when the U.S. could influence events, but failed to act and with that time having passed there were no acceptable options left.

Romney said Clinton and President Obama had failed and urged Obama and John Kerry the current Secretary of State to take heed.

He said it is hard to think of any country that has more admiration and respect for the U.S. today than when Obama first took office. Part of the failure said Romney is because of them not acting when it was necessary. He said timing was of the essence.

With Russia signing the annexation of Crimea from Ukraine after a referendum that was not recognized by the U.S., Romney said Obama should have taken action sooner.

He said that when Ukraine started to have protests and violence ensued, it became evident by most that Putin could try to use it to his advantage to take Crimea and even more.

He said at that time global allies should have been spoken to about sanctions and punishments to ensure their solidarity and communicate that to the President of Russia.

Romney mentioned Russia in his 2012 campaign for the presidency saying they were a political foe of the United States. In hindsight that looks to be more true now than ever.

Former as well as current officials in the Obama administration pushed the criticism of Romney back calling it empty of any solutions.

Audius Price Up 3% Over Last Week