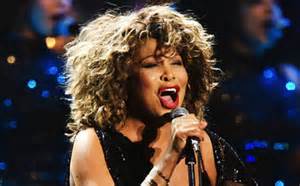 In 2013, the U.S. government said that 2,999 people, which were a new record, had renounced their citizenship or terminated their residency in the U.S. The majority are thought to be driven by their desire to avoid the payment of taxes on wealth they hold that is hidden from the U.S. government.

The reality however, is far more complicated. The pursuit of the U.S. government of evaders of taxes amongst Americans that live abroad is driving people to abandon their citizenship, say experts.

However, the people renouncing their citizenship often contradict the stereotype of a financial scoundrel. A big majority lives ordinary economic lives.

Some of them refer to themselves as accidental Americans, who recall little if any life in the United States, but were long ago born there. Others say the renouncing of their citizenship was due to family, personal identity and politics. Some are saying renouncing their citizenship has been a huge relief while others said they were sickened by making the decision.

For example, Ted Cruz the Texas Senator acknowledged his Canadian citizenship as he was born there, but said he was going to renounce it. Michele Bachmann a representative from Minnesota said she would renounce here Swiss citizenship she gained through here marriage.

One former U.S. citizen received a great deal of press when he renounced his citizenship. Eduardo Saverin, a co-founder of Facebook decided in 2011 to renounce his U.S. citizenship after he moved to Singapore, which caused many to say it was to avoid millions of dollars in U.S. taxes.

Of recent, the U.S. government has stepped up its pursuit of tax cheaters through the Foreign Account Tax Compliance Act requiring Americans to report assets to the IRS or be charged stiff penalties.