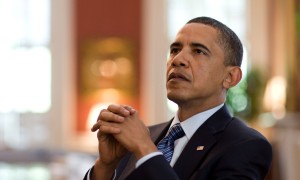 On Tuesday, President Obama urged the U.S. Congress to quickly hand over nearly over $3.7 billion to confront the increase of young migrants from the region of Central America crossing into Texas that he called an urgent humanitarian crisis.

However, the request was quickly entangled in a huge political debate dealing with immigration. The Republican Party said they were wary of the request by Obama and could not give immediate support to it.

The GOP said its reason was the failure of the White House to secure the border with Mexico following years of illegal crossings.

There could also be resistance from members of the Democratic Party as well said some political observers.

Obama said the money was needed to set up new facilities to hold detainees, to conduct more surveillance through the air and to hire more immigration judges and agents for border patrol.

The sudden migration of the young immigrants has overwhelmed the local resources and created protests from residents who are angry about the local economy being impacted.

Obama urged lawmakers in a letter to act expeditiously on the request.

GOP lawmakers have long called for tougher immigration law enforcement along the U.S.-Mexico border. The Republicans expressed cautious support for increasing a federal presence in the area of the Rio Grande Valley, where the majority of the young immigrants are crossing alone into the U.S.

However, many members of the GOP especially those in the House are deeply suspicious of the commitment of the president, a mistrust that has created a stalemate in the broader overhaul of the country’s immigration law and now is threatening to delay quick passage of Obama’s spending request of $3.7 billion.

John Boehner the House Speaker said the plan by the president failed to deploy members of the National Guard, which was an idea the Obama administration said would not work.

John Carter a Representative from Texas said he was cautious of any measure giving Obama a great deal of autonomy.

Some of the members of the Democratic Party such as Robert Menendez a Senator from New Jersey expressed misgivings over any plan allowing children who were unaccompanied to be returned home to situations of danger.