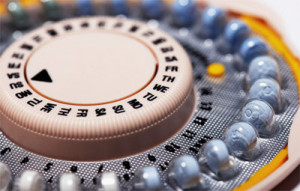 The new rules would require that religious colleges, nonprofits, hospitals and private companies that are closely held, such as Hobby Lobby to inform the administration that they do not agree on religious grounds of paying for coverage for contraception.

The goal is to provide contraceptives for women who work for those companies.

The Obama administration would inform the insurance carriers to provide coverage at no cost to the company or organization.

The rule that covers the for profit companies was developed following the ruling from the U.S. Supreme Court in June that the crafts chain, Hobby Lobby was not required to comply with the mandate on contraception in the healthcare reform legislation because the family that operates the company objected to financing some methods on religious grounds.

According to the Department of Health and Human Services companies such as Hobby Lobby, would not, in the proposed rule, have to arrange, refer or pay for the coverage of contraception that they object to due to religious grounds.

The White House is seeking public opinion on the way to define a closely held company for profit, something that was not in the decision of the Supreme Court.

As far as nonprofit organizations, the proposed rule is in effect immediately and requires them to notify the White House administration through a letter saying they object to giving their employees contraceptive coverage.

Then it would be the responsibility of the administration to notify third party administrators and insurers so that the enrollees of the plans of the organizations receive other coverage for the service of contraception, without any additional cost for the enrollee or their employer.

Religious organizations objected to the previous rule, which required them to mail a form to the plan administrators with the belief it made them complicit through providing contraceptives that were in violation of their religious beliefs.