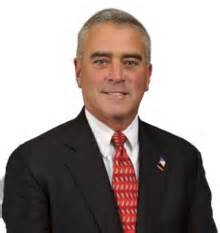 Brad Wenstrup a Republican from Ohio in the House of Representatives called upon Democrats in the Senate to pass legislation approving the pipeline Keystone XL and urged the President to then sign it into law, in the weekly radio address by the party on Saturday.

The Republican in the House said President Obama and Democrats in the Senate need to finally give the project the green light that many people in the U.S. have been waiting on.

The House approved a measure on Friday for the pipeline that is controversial. The Senate said it would take up the measure Tuesday.

Obama has not let on whether he would sign a bill that was approved by the Senate into law or veto it. However, it is thought that he is considering vetoing it.

While debate over the measure was expected to start again, when the new Congress takes office, it has taken on more urgency since the Senate runoff between Mary Landrieu and Bill Cassidy, a Democrat and Republican respectively.

After winning seats during the midterm elections, House Republicans wasted no time in presenting their agenda after Keystone to the people of America.

Wenstrup said they would pursue changes in ObamaCare and look to pass legislation they said would increase veteran hiring.

Both are priorities mentioned as well a week ago by John Boehner the House Speaker during his first address following the midterm election.

Wenstrup has gone after President Obama for moves recently by the White House administration to back stricter regulations on providers of Internet, striking a deal over reductions in emissions with China and the pursuing of executive action on the issue of immigration.

He also spoke about statements made in 2013 by a health economist at MIT who advised the U.S. government on the ObamaCare legislation and said the law had been passed due to the stupidity of the voter in the U.S.

Wenstrup said it is insulting to everyone and is the same arrogance seen time and time again.