Poll: Christie Would Be Routed by Clinton in His Own State 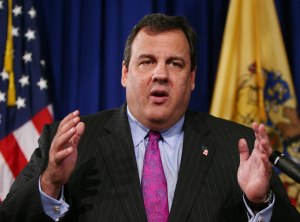 Voters in New Jersey said that the country was not ready to have one of its own as commander-in-chief and likely would choose Hillary Clinton over Chris Christie their own governor, by an 11 point margin, says a new poll released on Thursday.

By a slight majority, the survey said that Christie would not be a good president, while 50% of the voter’s in the state do not think the United States is ready to have someone from Jersey living at the White House.

For now, Clinton a neighbor from New York would beat all of the possible 2016 candidates from the Republican Party in New Jersey.

Over 53% of the voters from New Jersey said Christie would not make a good President, while 40% said he would be able to carry out his job.

Even amongst Republicans, 20% hold the view he is not a candidate for the presidency.

The lack of confidence in electing Christie as president might be related to the open question about his possible candidacy: Whether the brash style he possesses would be accepted in areas such as New Hampshire and Iowa, where politics there tend to be genteel.

Christie was in the national news this past October when he told one of his constituents who had been critical of the response from New Jersey to Sandy the mega-storm to shut up and sit down.

By a 50% to 44% margin, the voters in the state of New Jersey said they could not like Christie to run as the president. If he were to run, 62% said he should resign the governorship of the state.

Near the end of January, Christie has been scheduled to return to Iowa where nomination voting begins in the early part of 2016.

Christie who is moderate will speak at one event that has thus far attracted RSVPs from many conservatives who are prospective presidential candidates from the GOP, along with Donald Trump and Sarah Palin.