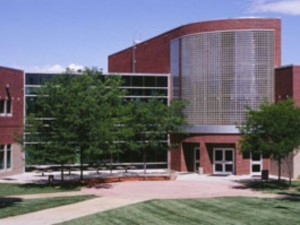 President Barack Obama unveiled his idea to have free community college for all in a video that he posted on Facebook Thursday night.

However, officials in the White House administration provided no legislation, no price tag and little real evidence of support by Republicans on Capitol Hill.

However, the White House said that was not important at this stage.

Cecilia Munoz the domestic policy adviser for Obama said the president hoped to start a conversation.

Munoz could not estimate what the cost of such a proposal would be, though some calculation suggests it would be in the tens of billions of dollars per year.

The new Congress, controlled by the Republicans would have to pass new legislation to fund the proposal. State governments would have to act on the plan as well.

The White House administration likens this dream to its pre-K proposal from two years ago that which has languished on Capitol Hill but has not bipartisan support.

A spokesperson for John Boehner the House Speaker was skeptical about the proposal for free community college by saying with no information or details on cost, it seemed more like something to talk about than an actual plan.

Still, the idea of a free community college education was tantalizing for many. Democrats have envisioned a system similar to free the public high school in the country, which receives funds jointly by federal and state governments.

Some of the basic points include two years of free community college for all students who attend part time or more, maintain a GPA of 2.5 or higher and remain enrolled.

The schools would have to allow their students to transfer to a four-year school and or to train in high demand areas.

Federal funds would represent 75% of the cost and states 25%.

The Obama administration projects as many as 9 million students would benefit if each state were to participate. The average savings per year for tuition would be approximately $3,800.

Capacity would also be an issue. The nation at this time only has a little over 1,100 community colleges. There are some states that have instituted subsidized of completely free community college and have had their systems overwhelmed.