Treasury Nominee Withdraws Due to Opposition 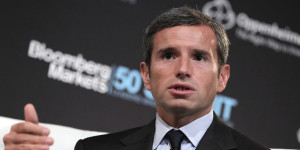 Antonio Weiss who is a Lazard senior investment banker withdrew his name for consideration as a senior official in the Treasury Department on Monday in the face of opposition and will instead be a counselor to Treasury Secretary Jacob Lew.

Weiss was nominated for the position of Under Secretary of the Treasury in the area of domestic finance. However, he ran into a great deal of resistance that was led by Democratic Senator Elizabeth Warren of Massachusetts.

She opposed his nomination for a financial post since he was an executive on Wall Street.

Rather than facing contentious hearings for his confirmation as well as public debate over his nomination, Weiss will join the Department of Treasury almost immediately.

Treasury Secretary Lew said that given Weiss’ vast expertise and a shared passion for aiding the working family, the administration has asked him to join the Treasury through taking a different role.

Weiss will now be a direct counselor to Lew, after he accepted the offer on Monday.

Lew was disappointed at what took place, as he believes Weiss’ opposition was not justified.

The events just underscore the growing power in the populist wing of the Democratic Party, but its limits as well.

Weiss had impeccable credentials, as a Democratic Party donor and outspoken advocate for economic policies.

However, an increasing number of opponents in the Senate from the Democrats over the years Weiss was a dealmaker on Wall Street made him not right for the post that oversees regulation on Wall Street under the Dodd-Frank Act of 2010.

Officials in the White House administration had been hoping that the voices of opposition would lose their clout in a Senate controlled by the Republicans.

However, the Republicans remained silent for the most part, on whether or not they would be supportive of Weiss letting the Senate Democrats to fight amongst themselves.

Warren said Weiss did not have the qualifications for the finance post due to his investment banking being spent on international acquisitions and mergers and not on domestic issues.