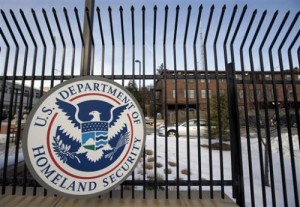 Four million former and current federal employees for close to every government agency might have had personal information stolen by hackers from China, said federal investigators.

Officials in the U.S. believe this could be the largest ever breach of the computer networks of the government. China called the U.S. allegation irresponsible.

The Office for Personal Management, which carries out background checks, warned it had urged all potential victims to watch their financial statements as well as get new reports from credit agencies.

The data breach was thought to impact initially the Office for Personal Management as well as the Interior Department, but officials from the government said close to every federal government agency had been hit by the attack.

U.S. officials investigating the attack believe they will find a way to trace the attack back to the government of China. Hackers who worked for the military in China are thought to be putting together a large database of U.S. citizens, officials in intelligence told a news agency on Friday morning.

It was not clear what the database was to be used for. A spokesperson for the Chinese Embassy located in Washington objected late on Thursday to the allegation that the government of China might have been responsible for the huge cyber attack.

Cyberattacks carried out across different countries are difficult to track and therefore the real source for those types of attacks is not easy to identify.

Employees at the judicial and legislative branches and the uniformed military police were not affected.

Over 2.7 million people work in the federal executive branch. It is not clear whether this had affected them all or not.

The federal personnel office found out about the breach after it started to toughen its defense system for cybersecurity. When the malicious activity was discovered, authorities used EINSTEIN a detection system to unearth the breach last April, de the Department of Homeland Security.

In May, the same agency learned that sensitive data was compromised. The FBI is carrying out its own investigation to determine what led to the data breach.

Pioneer Natural Resources Given Consensus Recommendation of “Buy” by Brokerages