GOP Candidate Bush Says Snowden Should Get No Leniency 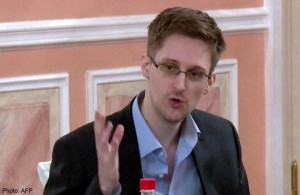 Jeb Bush one of the many presidential candidates from the Republican Party said that former contractor for the National Security Agency, Edward Snowden should not receive any leniency for the leaks he made over the surveillance programs of the government.

The former governor of Florida has strongly defended the surveillance programs of the NSA, which Snowden leaked in 2013 to journalists. Bush has highly criticized Snowden for what he did.

On Monday, Bush was reacting to a previous interview in which Eric Holder the former Attorney General suggested there exists the possibility for the U.S. government and Snowden in coming to some sort of resolution.

Holder told an online news agency that he believes that could be a way for a resolution where everybody could be satisfied in the end.

Holder said that the disclosures by Snowden spurred a much needed debated and that the U.S. was in a far different place due to them.

A Department of Justice spokesperson however said that its position remains unchanged. The spokesperson added that the government had charged Mr. Snowden with a number of crimes that fall under the Espionage Act.

Following the many leaks he made, Snowden fled to Hong Kong followed by Russia. He is in Russia now as he was given temporary asylum by that government. He has expressed his desire to return to the U.S., but has not done so because he does not believe that cases involving the leaking of information deemed classified offer fair trials.

Snowden is facing three felony charges upon his return to the U.S. His Russian asylum he been one source of tension in the relations with the U.S. and Russia. During 2013, President Obama cancelled a meeting with Vladimir Putin the Russia president after that country decided to accept Snowden’s petition for asylum.