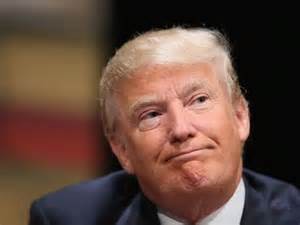 The border patrol agents union said its members would not take part in Donald Trump’s visit on Thursday to tour the border between Texas and Mexico, saying that event was too politicized.

Hector Garza, the Local 2455 President of the National Border Patrol Council said to be clear, an endorsement never was discussed for any candidate for the U.S. presidency, as Local 2455 does not make any endorse of candidates for any office that involves politics.

While discussing his visit, Trump said border agents invited home due to frustrations over the flow of undocumented immigrants from Mexico into the U.S.

The intentions we had to meet Trump were to provide a perspective of boots to the ground, but not to just Trump, but to the media, which would be, there attending the event, said Garza.

However, now it says it has been decided by members of Local 2455 not to take part in the events involving Trump.

Garza also announced that make no mistake the border between the U.S. and Mexico is not secure and no doubt there needs to be an honest discussion about that with the people of the U.S.

He added that Local 2455 would continue representing their members to the best of their abilities, and would make sure the members’ concerns are heard by the people of the U.S.

His schedule says Trump is planning to meet with a number of law enforcement officials during a trip he will take to Laredo.

Trump has made the centerpiece of his presidential campaign illegal immigration. He claims Mexico is sending just rapists and other criminals across into the U.S., which has drawn a great deal of criticism from groups in immigration that say the Trump is anti-Hispanic.

Protesters plan to greet Trump upon the arrival of his plane on Thursday.