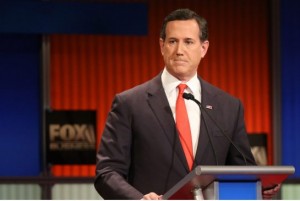 Rick Santorum the former Senator from Pennsylvania ended another bid for the White House on Wednesday. He also announced that he would be supporting Marco Rubio, the freshman Florida senator for the presidential nomination of the GOP.

Santorum announced on Wednesday that the best thing he could do was end his campaign. He said the Rubio shares many of his same values and is in a much better position to do well in the Republican race. He called Rubio a born leader and he praised the Senator’s optimistic message.

Rubio, said Santorum is the new generation, someone who can bring the country back together. He added that the senator, who is just 44, would be taking the wine he had been trying to sell and put it into new bottles.

Santorum announced he would run for the presidency in May. However, he was a heavy underdog from the start in a crowded field of Republicans that featured over a dozen candidates described as high profile, many of which were newcomers to the presidential race.

His status of long shot kept him from the main stage in every presidential debate. His campaign was not able to earn the poll support to place him alongside the heavyweights such as Donald Trump, Ted Cruz or Jeb Bush.

Santorum might have gone beyond his expectations through a second place finish for the presidential nomination in the GOP four years ago prior to losing to Mitt Romney the former governor of Massachusetts.

He was the winner of 11 states during the 2012 GOP primaries after taking an unexpected and narrow win in Iowa where he emerged as the favorite amongst conservatives after he toured the state’s 99 counties in his pickup.

However, he entered the 2016 race with a diverse and powerful field that caused his campaign to begin to struggle from the onset.

He is amongst the most prominent social conservatives in the nation, having dedicated a great deal of his career in politics to opposing abortion rights and same sex marriage for Christian conservative family values.