South Carolina Primary Fight Promises To Be A Bruising One 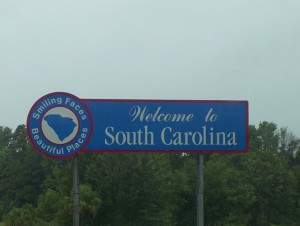 Donald J. Trump has escalated his rhetoric to new levels of intensity. In another blow to Jeb Bush and the Republican establishment, Mr. Trump turned his attacks to former President George W. Bush, saying his administration had lied about the presence of weapons of mass destruction in Iraq. He also described Mr. Bush as a poor leader who let the World Trade Center come down during his watch.

In a round of interviews and on the Sunday morning programs, he dismissed concerns that his remarks could hurt him in a state where the former president remains highly popular. Mr. Trump has spent the entire campaign defying predictions that his comments would come back to bite him. Every public poll shows Mr. Trump on track to win the primary on Saturday.

The attacks against the former president may have hit their mark. Jeb Bush has repeatedly invoked his family history as the primary vote approaches. South Carolina has been instrumental to the success of the Bush family, the most dominant family in Republican politics for the last 25 years. Former President Bush is planning to campaign in South Carolina this week for his brother.

These are the final days of the primary campaign in a military-heavy state. However, in a state chock full of military members, many families have grown weary of repeated deployments. Many people share Mr. Trump’s view that the war was a mistake. It remains to be seen if that will translate into a victory for Mr. Trump in the primary.