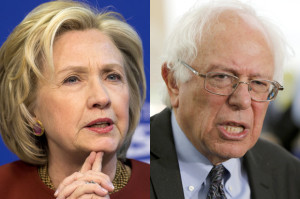 The latest Democratic debate focused more on the economic fortunes of African-Americans than any of the previous debates. The Democratic candidates chose a good setting for the topic. The debate was held in the city of Flint, Michigan, a city that was a symbol of a middle class prosperity due to the auto industry. Today, nearly 42 percent of the majority African-American population there lives below the poverty line.

Flint is in the midst of a public health emergency over lead-tainted water. In the debate’s opening moments both candidates decried the water crisis and called for Gov. Rick Snyder of Michigan to step down or be removed from office. Mr. Sanders also agreed with Mrs. Clinton’s call to have the Centers for Disease Control and Prevention evaluate the health of every adult and child in the city.

African-Americans have helped Mrs. Clinton’s candidacy more than any other constituency and it seemed as if she was speaking directly to them with her remarks. During the debate, Mrs. Clinton also brought attention on achievements from her husband’s two terms, saying, “If we’re going to talk about the 1990s, let’s talk about 23 million new jobs. Incomes went up for everybody, median African-American income went up 33 percent at the end of the ’90s, and we lifted more people out of poverty than at any other time in recent history.”

Mrs Clinton did take some hits during the debate. She struggled when CNN debate moderator Don Lemon asked why black voters should trust her to reform the criminal justice system since she supported the 1994 crime bill that sent a large number of black men to prison. She was also asked about her comments in a 1996 crime speech in which she referred to young urban gang members as “super predators.”

Enfusion versus Its Competitors Critical Contrast