The economics of a Trump Presidency 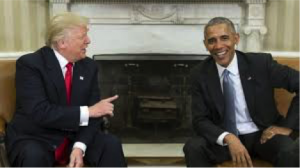 Coming as a shock to the whole world after the US Election Day, from January 20th 2017 at noon time, president elect Donald J Trump will fully assume office as the 45th president of the United States of America. That he is taking over from an incumbent is huge enough to make markets jittery as they try to figure out how he intends to prioritize his proposed economic policy changes during his campaigns. However, in this case, the markets are more worried due to the fact that the proposed economic policy changes could be detrimental not only to the United States, but to the global economy as a well.

Until January 20th 2017, everyone will be simply speculating on which economic path president elect Trump will take. This has the short term effect of creating high volatility in the markets as investors and traders reallocate their portfolios in a manner that optimizes their returns in case of radical economic policy shifts; while covering them from risks arising from market shocks when new policy changes take place. Over this period and beyond, it will therefore be prudent to find the latest market reviews from trusted market analysts such as Stern Options who provide daily review of how markets are reacting to every incoming new piece of information.

Not even the best analysts in the financial markets globally have figured out the potential effect of a Trump presidency to the economy yet. Savita Subramanian a strategist at Bank of America Merrill Lynch wrote on Wednesday immediately after the election that “We expect lack of clarity around Trump’s policies — from feasibility to prioritization — will likely weigh on sentiment and pressure already muted business investment.” This uncertainty is amplified by the very nature of the economic policy changes that president-elect Donald Trump proposed during his campaigns in the past one and a half years.

Trump proposed that he would scrap off some of the existing international trade deals between the US and their global peers and in some cases stop the ones in the progress of being negotiated. Among the top trade deals under threat is the Trans Pacific Partnership; which is a massive trade deal between the Unites States of America and eleven other countries in the Pacific.

In addition, Trump promised to bring more industries back home to the US from countries such as China and Mexico which he claimed were taking away jobs from the US when US corporations moved their manufacturing plants there. His strategy will most likely involve the protectionist economics of hiking tariffs on Mexican and Chinese goods being imported into the US. Under this approach, the goal will be to make the imported goods from those countries more expensive and hence less competitive in the US local market. The flip side of this economic strategy is that the same countries are most likely to implement similar tariff hikes for US exports into the countries, hence resulting to a loose-loose scenario.

To ensure his goal of making America great again is achieved; Trump intends to cut taxes so as to encourage more local investment. With increased local production of goods and services, Trump expects to boost the GDP growth in the US by promoting consumption of made in America products. This is further supported by his promise to raise tariffs for imports from specific countries in order for the local produced goods to have a price advantage in the local market. However the tax cuts are most likely to benefit the rich in the country and hence will most likely have a low impact on the aggregate economic growth in the long runs.

His promise to repeal the Obamacare is also a major economic policy change that will be under the scrutiny of investors across the US especially those whose portfolios include healthcare companies and pharmaceuticals. Though early indications immediately after his victory over Hillary are that he might not scrap it off fully, significant changes to the Obamacare as it is currently structured might result to millions of US citizens not being able to access health insurance.

The independence of the US Federal Reserve is also on the spotlight with the Republicans pushing for Congress to be given powers to audit its activities. The US Fed sets the interest rates for the US loans and this sets the benchmark for interest rates in many other global financial markets due to the US position as a global economic super power. Having external interference in the operations of the Fed will therefore have an effect on the Foreign Monetary Policy and the likely hood to bring shocks in global financial markets.

It is not all gloom and doom from Trump presidency though. With other government institutions such as the judiciary and congress in place to tame excesses in any one of the arms in the government, we can expect a smoother transition and a sober economic environment during Trumps presidency. Coming from a business background, we can expect president-elect Trump to make wise decisions that have long-term strategic value for the people of the United States and the world at large.