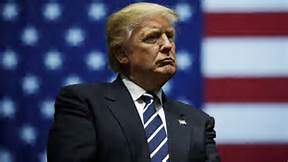 The top intelligence officials in the United States are making their most persuasive and detailed case yet to new president-elect Donald Trump of how Russia took part in interfering with the political process in the U.S. this year.

Officials such as James Clapper the Director of National Intelligence, John Brennan the CIA Director and James Comey the FBI Director are preparing to point out multiple motives for the alleged meddling by Moscow as they brief the president-elect Friday.

On Thursday, a briefing was given to current President Barack Obama and a version that was declassified of the same report should be released in the near future, said officials.

Since Trump won the election, he has repeatedly questioned the assessments of intelligence officials that Russia had been involved in the hacking of individual Democrats and the Democratic National Committee.

Trump continued to be dubious over the assertion even on the night prior to his Friday briefing asking how intelligence officials were sure about the hacking if DNC servers had not been examined.

A senior official in law enforcement said that the FBI had stressed repeatedly to officials in the DNC of the importance of receiving direct access to its servers only to be denied.

The FBI, said one official, received its information from a third party, but did not gain access to material needed.

Citing officials in the U.S. that requested anonymity a report by a national newspaper on Thursday said that U.S. intelligence agencies identified parties who had delivered stolen emails of Democrats to WikiLeaks.

The same officials said there had been disparities in efforts to infiltrate the networks of the Democrats and Republicans and the U.S. had intercepted communications where officials from Russia celebrated the victory of Trump.

Prior to the briefing Trump filled his own leadership team for intelligence by picking former Senator Dan Coats of Indiana to lead the Director of National Intelligence.

Coats, while in the Senate was a member of the Senate Intelligence Committee, prior to retiring last year from Congress.

If the Senate confirms Coats, he would oversee the office created following the attacks of 9/11 to improve the coordination of the U.S. law enforcement and spy agencies.

Coats is 73 and a veteran of Capitol Hill as he served eight years as a member of the House prior to entering the Senate during 1989 to take the place of Dan Quayle when Quayle become vice president.

Robonomics.network Price Up 9.8% Over Last 7 Days