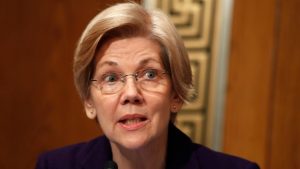 Senator Elizabeth Warren voiced her opinion on Facebook late on Tuesday to end her speech that was formally silenced by Republicans on the Senate floor after she quoted Coretta Scott King while criticizing President Trump’s attorney general nominee Senator Jeff Sessions.

The drama unfolded when the Democrat from Massachusetts overstepped the arcane rules of the chamber by reading a letter dated three decades ago from the widow of Dr. Martin Luther King that dated to the failed judicial nomination of Senator Sessions nearly thirty years ago.

King in her letter wrote that when Session was a federal prosecutor he used his power to chill the exercise of the vote by citizens who were black.

Quoting King was technically a violation by Warren of rules in the Senate for impugning the motives of the senator, although the letter had been written close to 10 years prior to Sessions becoming a member of the U.S. Senate.

Chuck Schumer the minority leader of the senate called the formal silencing of Warren totally unnecessary. Republican Senator Orrin Hatch said both sides ought to be ashamed over the atmosphere on the senate floor.

Although Warren was silenced in the Senate, she later posted her thoughts on Twitter, criticizing the AG nominee.

Senate Majority Leader Mitch McConnell was who invoked the rule and following a few moves by the Republicans, a GOP controlled Senate decided by a vote of 49 to 43 to formally silence the Massachusetts senator.

Warren now cannot speak again on the senate floor about the nomination of Session. A vote on his nomination is expected for Wednesday evening and it is expected that he will receive confirmation.

Warren’s supporters quickly took to social media in her defense. Martin Luther King and Coretta Scott King’s daughter Bernice King posted on Twitter thanking Warren for being the soul of the U.S. senate during the hearing on Sessions.

Others said it was a sad day for the U.S. when the words of the widow of Martin Luther King are not allowed on the U.S. Senate floor.

Warren finished the letter by King on her Facebook page, which attracted over 2 million views. The audience was likely much larger than it would have been if she had continued on the senate floor that was televised by C-SPAN.

Warren has not yet ruled out running for the White House in the future, but has said her focus now is being reelected to the senate in 2018.