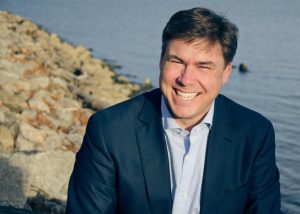 A top President Donald Trump communications aide resigned, in what several inside as well as outside the White House consider the first of what could turn out to be a huge overhaul.

Just back from his first official trip abroad as president, Trump’s administration is attempting to find ways to respond in a more aggressive manner to allegations of meddling by Russia in the election of 2016 and new revelations of the possibility of ties between the president’s campaign and the Russian government.

Michael Dubke, who was the communications director at the White House, handed in his resignation on Tuesday.

Dubke said through a statement released that it was an honor serving Trump and his pleasure to work alongside, day to day with all the staff from the press and communications departments.

However, privately as well as publicly Trump pinned a great deal of the blame for the woes of his administration on the effort of the communications area.

He added that he feels he and his people have done great things, but they have not been explained well enough to the public.

Trump has believed for a long time that he is the most effective spokesperson in his administration and has complained about his aides and supporters not defending him enough.

However, he often undermines staffers by contradicting their public statements and sending tweets of an inflammatory nature that derail staffers’ efforts to remain on topic.

Sean Spicer the White House chief spokesman on Tuesday pushed back the idea that a larger reorganization was on the horizon, but acknowledged that president Trump remains frustrated with the absolutely false news stories that are not factual. Spicer called that troubling.

Spicer added that he believes Trump was very pleased with the team he has in place, but said ultimately the most reliable messenger is the president and he has proven that always.

Rumors of an imminent shake up have swirled around the White House since Trump took office, but several people that are close to Trump and the rest of his team expect further changes to take place now.