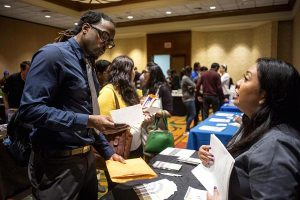 U.S. President Donald Trump received a global disapproval on Friday following his decision to pull the U.S. out of the 2015 Paris Agreement that deals with climate change. Allies as well as rivals united against Trump to accuse the U.S. President of failing the future generations of the world.

Some of the biggest condemnation came out of Europe where several leaders had made personal appeals to the U.S. president to stay in the accord supported by 195 countries.

After the announcement on Wednesday by Trump, Germany’s Chancellor Angela Merkel, France’s President Emanuel Macron as well as Italy’s Prime Minister Paolo Gentiloni released a joint statement where they pledged to implement the agreement made in Paris regardless of the withdrawal by the U.S.

They asserted as well that the United States could not renegotiate unilaterally the agreement from 2015, contrary to the suggestion Trump made during his announcement on Thursday.

The part of the UN that facilitated this deal said it could not be renegotiated based upon a request of one party.

Macron then spoke in English saying that, “we all share a same responsibility to make our planet great again,” a spin on the U.S. president’s campaign slogan of making America great again.

A spokesperson for Chancellor Merkel tweeted that Merkel was disappointed over the decision by Trump and added that now more than at any other time we are going to work for global polices for climate to save the planet.

The White House said Trump explained personally his decision while reassuring the leaders the U.S. is still committed to the alliance and to strong efforts to protect the world’s environment.

Trump also noted that the strong record of the U.S. in lowering emissions and in leading in developing technology for clean energy will make the U.S. under his administration the most environmentally friendly and cleanest country in the world.

Both allies and foes of the U.S. were reunited by the move made by Trump as well as a number of top executives in business and dozens of U.S. governors and mayors.