Posted by DailyPolitical on Mar 5th, 2018 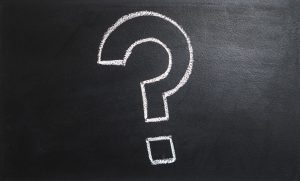 It has recently been reported that the UK treasury may have lost millions of pounds following the unveiling of a new tax loophole – one that seriously advantages cryptocurrency investors.

According to the experts, this previously unknown to the authorities loophole allows those who have benefitted from the bitcoin bubble to declare their returns as gambling winnings, and thus avoid paying taxes on them.

This occurrence is interesting for man reasons, including that cryptocurrencies are already closely associated with gambling. Online casinos across the world have long encouraged their players to use bitcoins in lieu of traditional money, with enterprises like Bonus.ca having repeatedly expounded the benefits to those who gamble online. Offering more in the way of bonuses to entice such play, they have been open about the advantages of doing so: namely, that it saves them both money and hassle.

But now it seems that even ordinary bitcoin trading can be classified under this heading, which is good news for any who have invested – at least on the surface. This is because HMRC do not typically tax betting and gambling, with neither classed as income.

The upshot of this is a significant black hole for HMRC, which may now find itself unable to capitalise on the tax it expected to receive following a year of cryptocurrency booms.

Unfortunately for traders, however, this does not entirely remove the necessity of paying up. As a spokesman for HMRC explained, it may be the case that betting and gambling are not traditionally classed as trading income, but there are nonetheless circumstances where other factors are taken into account, such as the degree of skill and organisation. Where these are believed to be sufficient, they will generally qualify profits as taxable trading income.

There is real concern that this lack of clarity could confuse amateur investors, with many unclear as to whether they belong in the category of gambler or investor.

This uncertainty has led many to criticise UK guidelines, which have not been amended since 2014, when the cryptocurrency’s worth was under £500. With a single coin now costing closer to £9,000, it is little surprise that the rules on paper no longer fit.

One particular statement that’s been confusing individuals suggests that those who buy and sell coins in a similar fashion to an investment ought to be taxed accordingly, at somewhere between 18 and 28 percent on earnings over £11,300.

Understandably, many are loathe to cough up such amounts unless they absolutely have to, but lots of professionals are nonetheless encouraging them to be on the safe side and declare themselves as investors regardless.

Change on the horizon

Theoretically interesting it may be, but looking at the facts it seems likely that most will err on the side of caution and avoid taking advantage of this loophole. Irrespective of their decision to do so or not, it appears almost inevitable that such room for manoeuvre will not remain for long.

With greater regulation being implemented across the globe, investors have been warned that the unique and wonderful opportunities that so many have taken advantage of simply cannot endure beyond this one unique moment in time.

What will this mean for your trading strategy?