Rival Challenges for House Control as GOP is Split 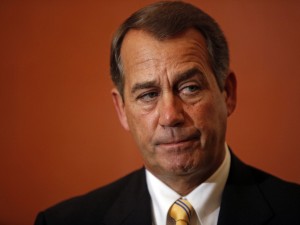 The swift election by Republicans for new leadership in the U.S. House of Representatives will not heal the divisions in the party though U.S. lawmakers said it provides insulation from any challenges to John Boehner’s position as Speaker following midterm elections.

Kevin McCarthy a Representative from California who is supported by the tech industry as well as Wall Street will replace House majority leader Eric Cantor. Cantor following his defeat in a primary on June 10 agreed to step down from the post.

McCarthy was endorsed by Republicans on Thursday in a secret ballot rejecting Idaho’s Raul Labrador’s secret bid. Labrador is backed by the Tea Party.

By choosing McCarthy, it is seen as a way of cementing the control of Boehner through the election in November, but making it more difficult to have him unseated and his new group following that.

The GOP is poised to keep control of the House in the elections in November, as the party attempts to gain six seats in the Senate to take control of both Chambers from the Democrats.

Those lawmakers whom were interviewed following the election on Thursday said they did not believe this resolved the criticism by members of the Tea Party who look at the leaders in the House as too beholden to interests of the establishment.

The Tea Party, which is the political movement in favor of limited government control is advocating lowering the national debt in the country and was responsible for the loss suffered by Cantor to David Brat an economics professor. The supporters of the movement wanted their own to take leadership after Cantor steps down on July 31.

Lawmakers from the Tea Party have been disgruntled but will have an opportunity in the upcoming months to oppose the leadership on the House on legislation that replenishes the Highway Trust Fund and reauthorizes the Import-Export Bank.

Justin Amash a House Representative from Michigan, who is Republican, is aligned with the Tea Party. He is amongst those that have said they are disgruntled with the loss by Labrador to McCarthy.

The House’s embrace of McCarthy has appeared to fulfill the plea by Boehner to his caucus of 223 members to unite following the loss by Cantor.