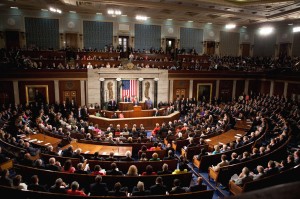 On the day before leaving to go on vacation and heading into the upcoming elections season, the House of Representative Republicans passed on Wednesday a resolution that authorizing the House Speaker to sue the President of the United States, for what the Republicans say has been an inadequacy in enforcing the health care reform law they vehemently oppose.

The lawsuit seeks to make the president enforce the Affordable Care law strictly. Republicans object that the White House has delayed some sections of the healthcare law, particularly the mandate on the employers not providing health care.

The vote to sue was 225 to 201 in favor, with five House Republicans opposing the suit with all of the Democrats.

Some of the House Republicans spoke of the irony of the lawsuit. However, they argued that even though they are in opposition of the law, it is the job of the president to make sure it is enforced and they say he has not done that.

However, Democrats were upset with the vote, saying it amounted at best to just a political stunt wasting time that could have been spent better on something else, and at worst said it was another step toward attempting to impeach the President.

Nancy Pelosi a Democrat in the House from California said Congress goes on vacation this week for five weeks and is leaving a great deal of unfinished business and there are very few hours left to act on other priorities of the citizens of the U.S.

Pelosi said the Speaker, John Boehner, should come out and say if impeachment was not in the works.

Democrats mentioned the word more often than did Republicans and one Democrat in the House suggested that the leaders of the House believed they were on a narrow tightrope trying to appease those hungry for an impeachment, while not alienating the majority of Americans.

No time line was set for when the suit would be filed. However, it was unlikely that would take place prior to fall, as the elections in November are quickly approaching.