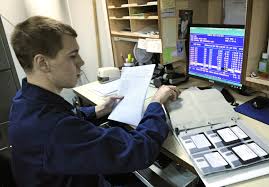 The Obama administration hired a new team of tech experts to overhaul websites and infrastructure owned by the U.S. government to avoid another future disaster like the one with the rollout of the Healthcare.gov site.

The government announced it had created a team called the U.S. Digital Service. The team will be run by Mikey Dickerson a former Google engineer and will focus on the upgrading of government websites, underlying infrastructure of IT and making websites of the government friendlier to consumers.

Last year Dickerson stepped in after leaving Google and oversaw the many fixes that were needed for the Healthcare.gov site.

That website was filled with errors when launched, which caused a huge chaos as people in the U.S. attempted to sign up to receive Obamacare but could not, which led the system to be given a branding of unacceptable, by the President.

A squad of experts from the tech industry was drafted to give it a fix. Dickerson, a former website reliability manager at Google, was part of that solution.

The U.S. Digital team will try to bring the government systems in line with the rest of the private sector and collaborate with other federal agencies to help identify and then address gaps in capacity to design then operate services that are customer facing.

U.S. government officials said the team would start with 25 and some would be outside the government sphere.

The immediate focus of the team, said one news source is quick fix up and triage services used daily by the public.

The former engineer at Google said the team was trying to get in front of the problems in the future to make a team less needed down the road.

However, the budget for the team is small, as they must take from budget allocations that have already been set for the year.

The team led by Dickerson will have more than $3 million to use, although they have asked for more than $13 million to be set aside from next year’s federal budget.

Audius Price Up 3% Over Last Week