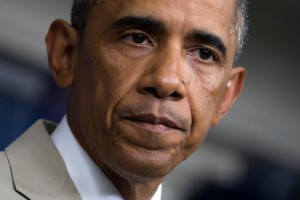 On Friday, police officials in Connecticut found a vehicle, which they said was linked to a possible threat aimed at President Barack Obama.

A local newspaper said the vehicle had been found in Hamden by the United States Secret Service.

A police official in Connecticut said law enforcement was working together with the Secret Service searching for more information.

The vehicle they had been searching for was a new 2014 Jetta, made by Volkswagen.

A statement the Secret Service issued confirmed the reports. The official said the U.S. Secret Service had been searching for a vehicle and person that both were labeled as potentially suspicious.

The official, who requested anonymity, said the information was received by law enforcement officials regarding the potentially suspicious car and person and officials were continuing to work to determine its validity.

Reports from a national news service said that a man had been driving in the area and had an assault rifle in his possession.

There also was a report that was unconfirmed that the man was already taken into custody.

Yesterday, President Obama had been in Newport, Rhode Island attending a fundraiser for the Democratic Campaign Committee.

Some reports put the Volkswagen Jetta at or near the actual location of the event for fund raising in Newport.

The president had flown into the Westchester County Airport located at White Plains sometime on Friday afternoon.

Obama had been scheduled to attend the small roundtable function and another in New Rochelle.

Early Saturday it was reported that police working with the U.S. Secret Service had taken on person into custody but that person’s name had not been released by authorities.

The suspect or detained individual is believed to be the one that was driving the Jetta and suspected of having an assault rifle in his possession.