Immigration to be Delayed by President Obama 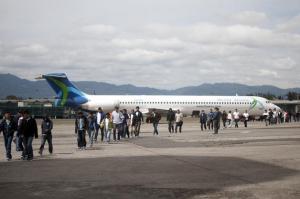 Two officials from the White House said that President Barack Obama has decided to delay taking executive action with regard to immigration until after the congressional elections are held in November.

The officials wanted their names withheld since the decision by the President has not been made public.

The officials said that Obama felt that circumventing Congress by using executive action would politicize immigration even further than it already is and hurt the efforts to pass a broader reform bill for immigration.

Six seats in the U.S. Senate election races are vulnerable to take over by Republicans in the upcoming election – Arkansas, Alaska, Louisiana, North Carolina and Colorado. In Iowa, Tom Harkin the sitting Democratic Senator is retiring.

Over the last week, news reports surfaced that suggested Obama could delay immigration reform via administrative means due to the elections, but groups who support immigration were insistent no delay should take place.

On Friday, the President received a letter from 136 lawyers who work in immigrations from 32 of the states in the union, informing the president of his executive action powers.

In addition, on Friday grassroots groups that have formed a coalition including faith leaders, religious groups and LULAC wrote Obama asking him no to delay since families each day being torn apart because of deportations.

The letter from the coalition said each day over 1,100 immigrants are separated from family members and their communities due to deportation.

In June, President Obama made an announcement that he would issue his own executive order since Congress took no action on immigration.

In June of 2013, the Senate introduced and passed immigration reform legislation.

However, the House of Representatives, which has a Republican majority, introduced its own bills that were passed prior to the August recess. However, none of them will pass in the Senate where the Democrats hold a majority.

The officials said no timetable has been set up, but Obama would like to take action before the end of 2014. With the elections due for the beginning of November, that would mean he would have a month and a half to do so before the New Year.