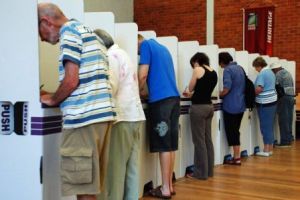 Two Latinos in the state of Rhode Island are attempting to win statewide offices as voters go to the polls Tuesday.

Angel Taveras the Mayor of Providence is one of three candidates for the gubernatorial nomination for Democrats.

Dominican American Taveras would become the first Latino to be elected governor if he were to win.

He is the son of a factory worker and said he is a good example of the way education helps take one out of poverty. He said he started at Head Start and ended at Harvard. He received recognition nationally for a program to increase early reading.

Taveras is supported by some state unions and is attempting to appeal to a wide demographic coalition.

The last poll prior to the election showed he trailed a couple of points behind Gina Raimundo the state treasurer, who would be the first female governor of the state if elected.

Another candidate, Clay Pell, who is the grandson of Claiborne Pell a former well-known Senator, has the teacher’s union support.

Puerto Rican Nellie Gorbea is one of two candidates for the Democrats running for Rhode Island’s Secretary of State.

Gorbea served as the head of Housing Works RI and Deputy Secretary of State. The Columbia and Princeton graduate was endorsed by influential groups and says she would make elections and governments more transparent.

Her opponent is Guillaume de Ramel a businessman in Newport, Rhode Island who says he would focus on making Rhode Island less onerous for its businesses.

Emily’s List, the largest resource in the nation for women in politics, was the biggest and most influential group to endorse Gorbea.

Gorbea graduated from the Woodrow Wilson School of Public and International Affairs at Princeton and received a Master of Public Administration from Columbia.

The primary on Tuesday will determine the Democratic candidates that will face off against Republican candidates in the November general election.