Tight Races in Senate Could be Influenced by Immigration 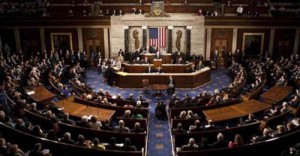 This summer when the race for the U.S. Senate heated up in Arkansas, Mark Pryor was under attack from his congressional opponent with an inaccurate and nasty ad that claimed the Democrat supported giving benefits of social security to people with forged identities who worked illegally in the U.S.

Michelle Nunn a Democratic candidate in Georgia has had to fend off charges from her opponent that she is pro-amnesty.

In the state of New Hampshire, incumbent Senator Jeanne Shaheen has seen her race for reelection tighten after Scott Brown a Republican launched a number of ads faulting her vote in 2010 for the Dream Act, which was set to grant legal status to young immigrants.

Earlier in September, President Barack Obama acceded to the pleas of many vulnerable fellow Democrats and delayed his promise of executive action on immigration until after the November general election.

Though some activists were angered by the delay, many Democrats that are in tight races were pleased as well as relieved. They hope the announcement by Obama will cool some heat they are taking on the issue that could help the GOP base become energized particularly in the states that have lower numbers of Hispanic voters.

Republicans are insisting that immigration is a potent issue for many of the Senate races. President Obama say Republicans merely has postponed a threat to take executive action and could grant legal status to the estimated 13 million illegal immigrants.

Though the Republicans stalled immigration changes in the House, the GOP believes the delay by Obama gives them another opening to attack the Democrats.

At stake is the potential control of the U.S. Senate, which could be seized by the Republicans if they gain a net of six seats.

A few days after the delay was announced by the White House, Brown spoke harshly about Shaheen and Obama in his Republican primary victory speech.

Some strategists for the Republicans however are worried about the hard lines that some candidates for the GOP are taking.