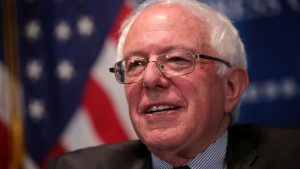 The state’s party chairwoman has reported receiving numerous death threats since the convention. State party Chairwoman Roberta Lange did not allow a headcount on a disputed rules change. After the convention, Sanders supporters posted a picture of Lange and her cellphone number on the internet and encouraged contacting her to express their feelings about her actions. Public messages sent to Lange’s Twitter account included a barrage of derogatory statements and vulgar language.

In a statement about the incident, Sanders said, “If the Democratic Party is to be successful in November, it is imperative that all state parties treat our campaign supporters with fairness and the respect that they have earned.” The Nevada Democratic Party released a statement saying, “The Sanders campaign is continuing to be dishonest about what happened Saturday and is failing to adequately denounce the threats of violence of his supporters.” Sanders has previously gone on the record saying he condemns violence and the personal harassment of individuals.

Hillary Clinton won Nevada’s caucuses in February. However, Sanders’ win in Oregon and narrow loss to Clinton in Kentucky this week has kept his supporters optimistic. He has been effectively challenging Clinton’s ties to Wall Street and her support for free-trade agreements. Sanders has insisted that he will stay in the presidential race until the national convention. California, New Jersey and several other states are scheduled to vote on June 7.

Sanders is unlikely to win more delegates than Clinton before the national convention starting July 25. However, if he doesn’t exit the race before then, the Democrats may be facing a contested convention in Philadelphia. Clinton allies are concerned that he will damage her ability to take on Republican Donald Trump who has already defeated his rivals and has turned his attention to the general election. Sanders supporters say that Trump is such a flawed candidate that either nominee will easily win November’s election.