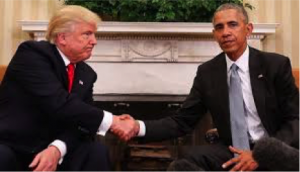 Even before the president elect Donald Trump lands into the Oval Office, he has already started walking the talk. Having rallied millions of Americans to vote for him with the promise of creating jobs locally and bringing back manufacturing to the US; Trump seem to be determined to start quenching their thirst way before setting foot in the Oval Office as the official president of the United States of America. In a quick succession Donald Trump has started engaging large corporates to set up their manufacturing plants in the US and stop moving those jobs to other countries.

Markets seem to have started falling in love with The Donald going by how the Dow Jones Industrial Average and S&P 500 indices rallied up a day after Donald Trump won the US presidential elections. The optimism has been consistent and his latest steps to intervene and save 1000 jobs from being lost to Mexico from the state of Indianapolis seems to be adding to his already brightening public image. With the positive sentiments across the capital markets, investors are temporarily allocating some of their portfolio to online trading platforms where they can make quick wins as long as the market hype persists.

A report from a survey conducted after the November 8th polls show that the percentage of people who have a favorable opinion about president elect Donald Trump has gone up to 45% from 36% in mid-October before the elections. By coincidence too, Donald Trump has been named as the Person of the Year by the Times Magazine; a reflection of his growing positive public image as a leader and a visionary.

At the begging of December, Trump brokered a deal with Carrier to stop moving their manufacturing plant to Mexico but instead maintain it in Indianapolis. Had Carrier moved plant to Mexico, 1,100 jobs would had been lost with 800 of them being manufacturing positions. The deal had a sweetener though; with president elect Donald Trump promising a tax incentive of about USD 7 million to the company in exchange of the company investing USD 16 million in the plant in Indianapolis and potentially employ more people.

A few days later, Apple device manufacturer Foxconn Technology Group issued a statement saying that it is “in preliminary discussions regarding a potential investment that would represent an expansion of our current U.S. operations.” This comes in the wake of calls from the president elect Trump for the iPhone maker to move its entire manufacturing unit to the US. During his campaign trail, Trump said that he would “get Apple to start making their computers and their iPhones on our land, not in China.” Things seem to be falling into place as per his script and we expect more information from Foxconn about the details on their plans on shifting some of their manufacturing units to the US. Trump also told The New York Times that he spoke with Apple CEO Tim Cook in November after his presidential victory.

Reacting to views about his apparent direct intervention with private enterprises operations, president elect Trump had this to say; “They say it’s not presidential to call up these massive leaders of business. But I think it’s very presidential. And if it’s not presidential, that’s OK. It’s OK. Because I like doing it.” With his firm grip on his campaign promises and the hands-on approach he is taking early on, the tide can only get higher when he assumes office.

Trump also had a meeting at his Trump Towers in New York City with a Japanese billionaire Masayoshi Son, founder and CEO of tech and telecom company SoftBank. During this meeting, Son pledged to invest USD 50 billion in new startups across the US; and help create about 50,000 jobs for US citizens in living in the US.

All these recent developments point to one thing: that president elect Donald Trump is serious about his campaign promises and that he will use his deal making skills to broker investment projects in America and create jobs locally. By engaging potential investors from other countries such as Japan, Trump is also showing that his foreign policy strategy will be focused on a win-win situation for the American people just like he promised during the campaign. This is good news to the investors and probably the reason behind the projected high stock performance in 2017 by about 69% of the surveyed investors and analysts.

Trumpcoin Trading Down 69.1% Over Last Week