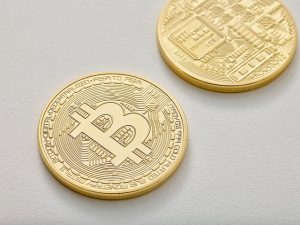 The incredible rise of bitcoin and the concept of ‘virtual’ cryptocurrencies has arguably been the biggest financial story of the past decade, with their creation seemingly generating both excitement and concern in equal measure. However, regardless of whether you think that digital currencies are ultimately the future of banking or a risk to existing structures, there is no denying that they have continued to defy their critics in a number of ways in recent years.

So, what are the basics of bitcoin and how did it manage to become a headline-grabbing concept that stirs up so much discussion and debate? In addition, does the concept of cryptocurrency truly have what it takes to become a fundamental part of how many of us handle our money and pay for goods and services?

Here, we take a look at the key points of the rise of cryptocurrencies and consider whether the concept is at long last on the cusp of being embraced by both the general public and its critics in the traditional finance sector.

The idea of bitcoin has certainly come a long way since its inception back in 2009, when the concept was first outlined and launched by a person who went under the pseudonym of Satoshi Nakamoto. For the uninitiated, the concept operates on the basis that users either buy or mine bitcoins, which are then stored in a digital wallet. Any transaction made with the bitcoin is then confirmed and recorded on the blockchain, a network which acts as a public ledger.

Since its launch, there has been plenty of talk regarding the potential benefits and risk that bitcoin could pose, but the concept of cryptocurrency really took a step into the limelight in the past couple of years after its value reached staggering new levels. This came to a head at the end of 2017, when one bitcoin was valued at the record high level of more than $19,000. Bitcoin and other cryptocurrencies are often dismissed as being volatile and their value has dropped since that point, but there is plenty of evidence to suggest that this level of growth has made many reassess whether the concept truly has a long-term future.

An important marker in terms of whether a concept like this cryptocurrency is going to take off is whether businesses are embracing it and in recent years a host of different industries and sectors have shown an interest and active willingness in doing just that. For example, computing giant Microsoft allows its customers to buy products and services using bitcoin, while leading travel website Expedia also accepts payments for hotel bookings in the digital currency. In addition, the online gambling industry has embraced the concept, with some like VegasCasino.io right here offering members a range of games which operate solely in bitcoin. There are even some Subway stores across the US will happily exchange bitcoin for a sandwich.

This rising interest has even seemingly led to the cryptocurrency industry being viewed by some as an investment opportunity. Earlier this year, New York Times reporter Nathaniel Popper revealed in a tweet that unnamed South Korean investors are looking to buy one of the oldest bitcoin exchanges, Bitstamp, for a sum in the region of $400 million. First launched in 2011, the exchange was created as a European alternative to Mt Gox and has become a mainstay of the modern cryptocurrency world.

But while it is clearly positive for bitcoin that it has been embraced by many major businesses and the industry is now seemingly viewed by some as an investment opportunity, is the wider general public looking to adopt the currency and use it to buy products and services? Well, there certainly appears to be a growing interest in the concept from a number of consumers, which may well have been influenced by those record values mentioned earlier.

According to research undertaken in the UK and published by communications agency Citigate Dewe Rogerson, one in five people who have never owned cryptocurrencies would now consider investing in some in the next three years. Furthermore, according to CCN.com, a study by the New R25 Research Institute revealed that 14 percent of young professionals in Japan had bought bitcoin or other cryptocurrencies, with many doing so due to their rising profile. Finally, Bitcoin.com reports that a study by the Global Blockchain Business Council which was released at the start of this year found that while only five percent of Americans had actually bought bitcoin, 60 percent had now heard of the concept. In addition, 21 percent were seriously looking at adding the currency to their investment portfolios.

The message from such research seems fairly clear – while bitcoin may not yet be a major hit with consumers, there are clear signs that this could change and the breakthrough could even be very imminent. Despite this growing appetite and interest in the concept though, the general view on bitcoin and cryptocurrency from the traditional financial sector and even some technology experts has tended to be one of skepticism.

It has inspired a host of strong opinions, including from Microsoft founder Bill Gates who revealed his concern that the anonymity related to cryptocurrencies was not a “good thing”. In addition, the Nobel laureate Joseph Stiglitz even suggested at the end of last year that the concept should be outlawed and warned to Bloomberg TV that it “doesn’t serve any socially useful function”.

Incredibly though, despite such strong views being aired, it does appear that all is not lost for bitcoin and cryptocurrencies. In fact, there have even been a few suggestions that some within the financial sector are now slowly beginning to come around to the idea and the potential benefits that the technology could offer.

For one hint that financial professionals are changing their tune when it comes to bitcoin, we have to return to the aforementioned UK research by Citigate Dewe Rogerson. In a separate part of their study on bitcoin, the international communications agency spoke to 30 experts in the financial sphere for their views on the future of bitcoin.

While 30 percent of respondents admitted they think that cryptocurrencies will never actually stabilise, a number of others believed that it is likely to happen in the near future. Around 22 percent expected that it could be seen within a four or five-year period, while 19 percent even went so far as to suggest it could be within the next three years. In addition, 73 percent of those polled added that they expected more regulation to be introduced to protect investors in the next two years.

Such findings certainly hint that the mood around cryptocurrencies is shifting, but perhaps even more concrete evidence may be new comments from one of the financial world’s leading lights. In a new blog, the head of the International Monetary Fund Christine Lagarde has outlined how she believes some of the technology used in relation to bitcoin – which she describes as crypto-assets – may well have an important role to play in improving banking and finance in the coming years.

Discussing specific examples, she highlighted that crypto-assets enable fast and inexpensive transactions, as well as that distributed ledger technology could improve the function of financial markets. She also added that benefits could be applied to other sectors, such as to ensure the secure storage of records in healthcare environments.

She added that while there may always be a need for bankers and intermediaries, an “even-handed regulatory agenda” was needed to both protect against potential risks of crypto-assets but also to encourage new innovations. She added that the right approach would ultimately “harness the gains” of crypto-assets.

Such comments are a fascinating development in terms of the relationship between cryptocurrencies and the traditional financial sector. While banking experts have generally taken the view that bitcoin is a danger which should be avoided at all costs, the comments from Christine Lagarde clearly hint that leaders within the industry are perhaps not as dismissive of the ideas around cryptocurrency and could in fact be interesting in harness some of the potential benefits.

With businesses and consumers looking to adopt and embrace the idea of virtual currency, perhaps there has been the realisation within the wider banking industry that a closer look is needed on how such concepts could not only improve banking and finance but also our lives in a range of other ways.

Almost a decade on from the initial launch of bitcoin, it is clear that the wider world is still attempting to come to terms with what its creation means and how it fits into our daily lives. Whether you love it or have doubts, it hard to argue that – at this point – it looks like it is here to stay. It will be truly fascinating to see what the next decade holds for a concept which has become such a major talking point.